The book starts by introducing Etta and her background. She was trained as a child and she was destined for more and destined for the kingdom because of the curse. Etta was cursed by La Dame who is an ancient powerful magic wielder who cursed the kingdom. The curse was talked about more in the book. She’s already known in the kingdom because she was a childhood friend of the prince before that was until something happened and threatened her kingdom. The king hosts a competition where in the champion will be the protector of the prince. She’s in hiding as she enters and the royals doesn’t know who she is as she enters the competition. She battles the strongest and fiercest warriors in the kingdom. Including the best friend of the prince. There are people with magic in the kingdom and the king hates the magic wielding people in the kingdom so they’re in hiding just like Etta’s friends. The story deepens when secrets are revealed and the romance starts to bloom. The book ends in action which will definitely make you wanting more.

You guys!!! This book blew me! I have high standards when it comes to fantasy books and I don’t immediately say that this book is epic. I would, on regular circumstances say that the book was interesting, amazing, or hooking. But this book is different. The plot, characters, and writing style reminded me why I love Throne of Glass in the first place. It’s like Throne of Glass but more focused on the kingdom like The Selection and it’s more princess-y.

The writing style: I loved it! Comparing to other fantasy authors, the writing style for this one was clean and precise. There were no random pop up thoughts and there were no boring scenes. Fantasy books with the same theme as this one frequently have filler scenes and unnecessary information but this one had none of those. I’ll be honest and say that this book was not an immediately fall in love with it type. You have to really immerse yourself with the story and understand where the characters are coming from.

The romance: It’s definitely not immediate and there was a chase. I love romances like that! It didn’t lead on the readers and it wasn’t a slow burn either. It was an unpredictable romance which kept up my curiosity and the mystery of how they will get together. I also liked the idea that they don’t know the truth about each other and there are still grounds to talk about and there’s a mystery to unfold. I was so thrilled and I was anticipating the climax of when they finally got together and they know the truth about each other. It’s kind of like Rowan and Aelin in the Throne of Glass story. There’s also a star-crossed lovers kind of thing going on in the first part because of their childhood relationship.

The plot includes magic and ancient forces threatening the kingdom. And it kind of reminded me of Maeve in Empire of Storms. It’s definitely interesting and the mystery will leave you reading chapter after chapter. Although of course no book is perfect. For this one, the naming of the characters kind of threw me off the story. I got confused a bit on who’s who because I wasn’t a huge fan of all the names used especially the common ones.

If this quote doesn’t convince you, I don’t know what will:

He spun her around and pinned her roughly against a bookshelf, knocking a few books to the ground.

The book overall was amazing. It’s implied that it’s a Rapunzel retelling but there’s none of that in the plot, it was just a reference. Maybe that’s the background but this one includes fierce characters. The main character, Etta, herself is a strong and independent character, she’s very much like Aelin. Did I mention there was a competition going on in which the winner will be the protector of the Crown Prince, and Etta enters that competition and she’s the only girl. Even the price of the book in Kindle is only $0.99 and it’s so worth it!

I only discovered this book because I noticed the price, not trashy cover, and the “Bestseller” banner. I definitely do not regret purchasing it and I would prefer to get it legally in Kindle rather than downloading it online to support the author. I believe that this is my first Kindle book buy that wasn’t written by a famous author and it’s such a great thing to know that there are a lot of undiscovered good authors out there especially in the Kindle/Amazon community.

In conclusion, this book was really good because of the plot and how even at the end there were still secrets to be revealed and there were more action scenes at the end, not only in the middle. So many things happened and you would really need to pay attention and highlight the parts which is relatively easy while reading it in Kindle. I’m not sure if everyone will love this book but I’m sure that if you’re a huge fantasy fan then you will at least enjoy it especially the romance which didn’t leave anything.

3 thoughts on “Review: The Golden Curse (the new Throne of Glass series to look out for!)” 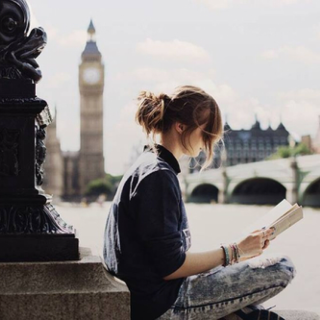